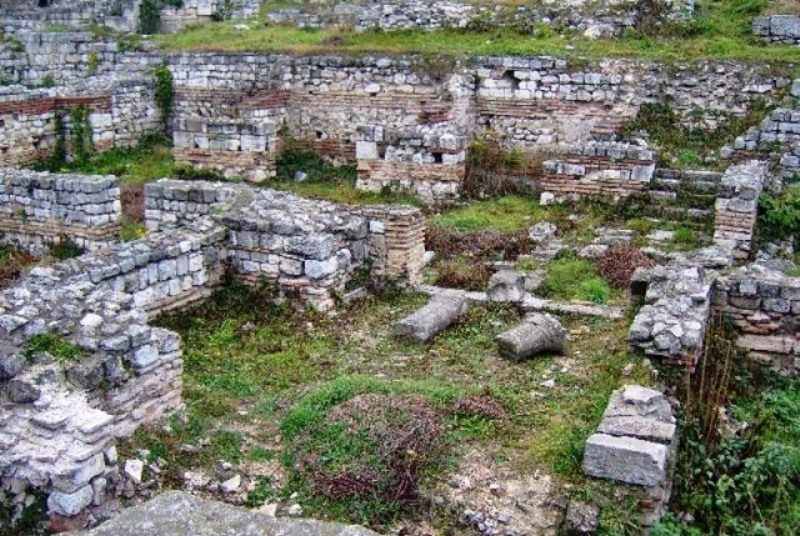 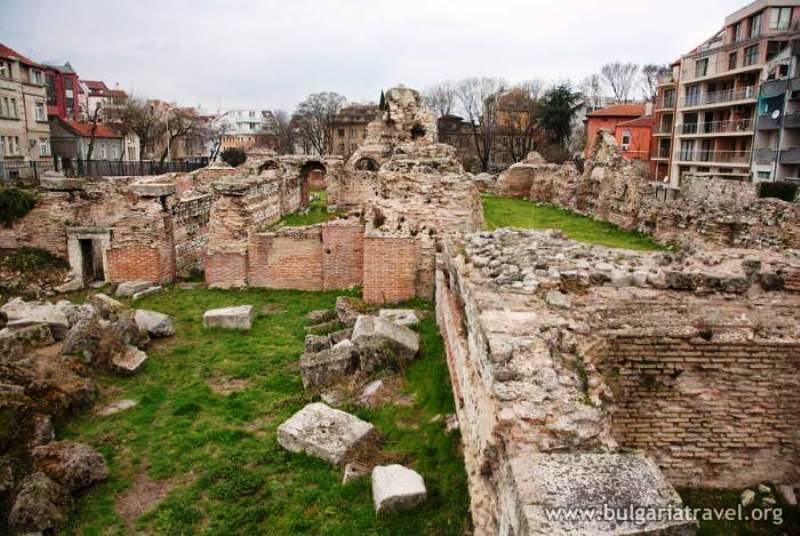 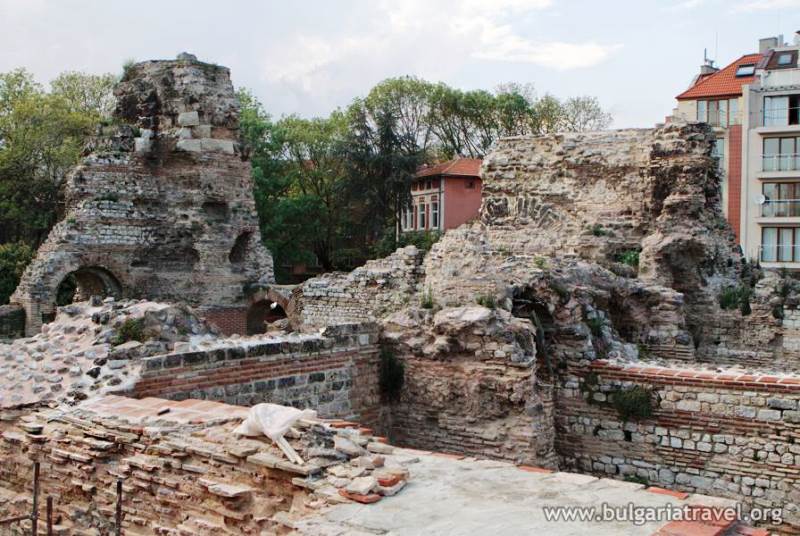 At the end of the 2nd c. A.D. thermal baths were built on a territory of 7.000 sq. m. and are the biggest on the Balkan Peninsula. They became the centre of the public life in the town. Roman Thermal Baths are the largest ancient building discovered in Bulgaria so far. The comparatively well – preserved walls outline an imposing building. The plan of the building is almost symmetrical. The part uncovered includes all the principal premises of the baths. Visitors entered it through two entrances on the northern facade. Wide stairs led to the antechamber, the purpose of which was to guard the dressing rooms from cold air. The premises were faced with marble slabs. Multicolored mosaics had been used for the decoration of the marble walls.

The richness of the ornamentation make of these thermae a remarkable monument of ancient architecture in the Bulgarian lands.